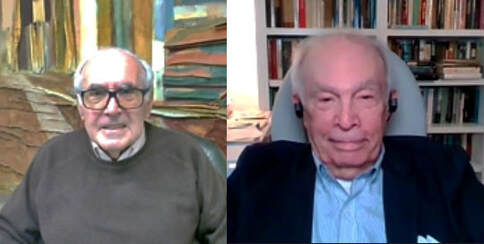 Minutes of the 15th Meeting of the 80th Year

Dr. James Banner, a distinguished historian, was a professor at Princeton University and a founding member of the New Jersey chapter of Common Cause. His latest book is The Ever-Changing Past: Why All History is Revisionist History.

Banner described why historical knowledge is unlikely ever to be unchanging and why history, as a branch of knowledge, is always a search for meaning and a constant source of argument.

“Revisionist” is any looking at the past. Revisionist history is about 2500 years old, when Thucydides took issue with Herodotus.

Banner defined historical revisionism as any challenge to existing interpretation of any aspect of the past brought about by new evidence, new arguments, new perspectives, and new methods.

Revisionist history does not include views about the past unconnected to known facts, nor is it mere opinion. By the early 21st century tension between scholarly authority and popular attitudes had become a normal component of public affairs.

Some people’s rejection of challenging accounts of the past does not only seem to come from ignorance about the nature of historical thought. Some dismissals of historical interpretation are ideological, willful, and obtuse.

Historians recognize that there exists no final point geographically, chronologically, culturally, nationally, ethnically, ecologically, or in any other form, from which to ascertain the truth about the past.

Historians are skeptical and are tolerant of ambiguities, as they continually explore the past. In history there is nothing as certain and indisputable as mathematical knowledge.

Historians can never get the full sense of an event. Also, there constantly are new archival data (as found in the Dead Sea Scrolls and in DNA related to Jefferson). More vexing is the silence in history. Why have we not heard from women and other “silent people” in history?

Banner noted that the widely varied scholarship on slavery has resulted today in the view by many historians that slavery was the fundamental cause of the Civil War.

​Regarding the dropping of the atomic bomb, after vigorous historical arguments, a broad consensus of historians currently agree that this was unavoidable to end World War II.

Banner rejected the “originalists’” approach to the Constitution. He viewed the Constitution as a living document debated and created 250 years ago that has evolved ever since.

I was privileged to write up a fellow Yale history major of my vintage.