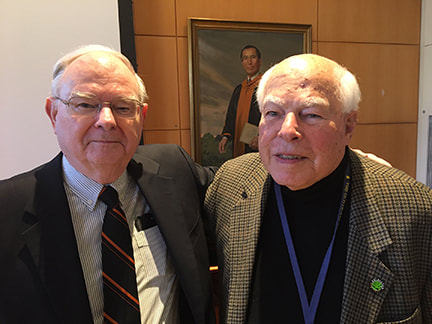 Minutes of the 15th Meeting of the 78th Year

On January 15, 2020, at 10:15 AM, President Julia Coale called to order the 15th meeting of the 78th year, with 108 in attendance. After Julia Coale led the invocation, Lincoln Hollister read the minutes of the previous meeting. Guests were then introduced: Bernard Shull by Jan Safer, and Lee Glodden by John Kelsey.

Bernie Miller introduced the topic of the day and our speaker, Robert Stengel, Professor of Mechanical and Aerospace Engineering at Princeton University. The title of the talk was “Project Apollo: Origins, Missions, and the Legacy.”

Professor Stengel is currently on sabbatical leave during the 2019-2020 academic year.  Prior to joining the Princeton faculty in 1977, he was with The Analytic Sciences Corporation, Charles Stark Draper Laboratory, the US Air Force, and NASA. At the Draper Lab (1968-73) he was principal designer of the Apollo Project Lunar Module manual control logic used for all moon landings, and he created a preliminary design for the Space Shuttle atmospheric flight control system.

Professor Stengel began his overview of lunar voyage travel origins describing failed ideas as far back as 160 AD, up through the 1600’s. He cited the publication of Jules Verne’s From the Earth to the Moon in 1865 as a rekindling of interest in traveling to the moon. He recounted an idea coming out of the Civil War canons of the time. Two men trying to fulfill a bet thought they could use a three-mile-long cannon to propel a three-man crew. The fact that it would take a thrust 65,000 times greater than the force of gravity to be successful was lost on them, and, as expected, their launch fizzled immediately. Yet the Verne book did stimulate interest in a moon shot.

Russian Konstantin Tsiolkovsky proposed liquid-fuel rockets and spacecraft as early as 1903. Early American rocketry began with Robert Goddard who proposed flight to extreme altitudes in 1918. He built the first liquid-fueled rockets and introduced gyro steering and control vanes, circa 1935. In both nations, studies were limited to small scale pre-WWII development.

More successful rocketry began with the German development of the V-2 rocket, in 1942, a deadly weapon but with poor accuracy. With the beginning of the Cold War, both the US and USSR built on the V-2 technology, led by former German scientists Werner von Braun in the US and Helmut Gröttrup in the USSR. Von Braun helped to build the Redstone, based on the V-2. In the mid-fifties, both the Army’s Redstone and the Navy’s Vanguard rockets were in competition for the initial US space vehicle. The Vanguard won out, seeming to be more civilian- than military-oriented.

At that same time the Russians were developing ICBM’s. On August 21, 1957, the USSR launched the first satellite with their R-7 rocket, and, in 1961, they launched the first manned satellite to orbit the earth. This led to President John F. Kennedy proposing a challenge to Congress: that the US be the first to send a man to the moon. Alan Sheppard’s initial US space flight followed shortly, and, in 1962, John Glenn’s famous orbital mission occurred.

Soon came the development of Project Gemini, planning two-man capsules. In late 1961 MIT was contracted to build the first instrumentation and navigation systems for Project Apollo.

Professor Stengel proceeded to trace the growth of Project Apollo, from the launch pad explosion disaster of Apollo 1 in January 1967, to the final mission of Apollo 17 in December 1972. He highlighted the following events of the program: He allowed a personal moment of pride when he shared that Neil Armstrong’s cousin had told him that Armstrong said the landing systems worked as they were supposed to.  He attributed the end of Project Apollo to the fact that “we just got bored,” but then seriously added that President Richard Nixon was not a supporter and Congress did not continue to fund it. The ultimate cost of Apollo was seven lives lost (four in training flights) and $25 billion ($144 billion in today’s value).

Professor Stengel concluded by describing where we are now and what’s gone on since Apollo. He pointed to the 1980s and '90s as relatively slow after many launches in the '60s and '70s. He stated there is still science to be discovered on the moon, and the presence or lack of water on the moon is one big issue to resolve. He also cited educational and economic opportunities. He contrasted future moon landings with Apollo by explaining that, going forward, they will be largely joint ventures between private corporations and NASA. He suggested that robots instead of humans may be used in the future. But he assured us that work continues and he expects further moon landings by 2023 or '24.

His conclusion: In space, science fiction has become science fact!