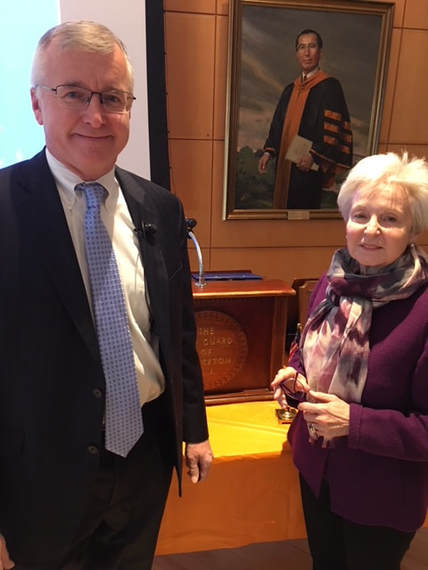 The president called the meeting to order at 10:15 a.m.  The invocation was led by Julia Coale.  The 122 attendees enjoyed a Hospitality Time before the formal meeting.  Since Eliot Daley couldn’t be present, his minutes of the meeting on Dec. 13, 2017, were read by the president.

Julia Coale introduced Professor Thomas Christensen who spoke for half an hour and answered questions for another half hour.  He suggested there are two main challenges for the United States in relation to China.

Dr. Christensen said the opinions expressed are his own.  Since he still provides advice to the State Department he prefers that his comments are not quoted elsewhere.  The Old Guard will respect this request.

Our speaker provided an up to the minute analysis of the current situation in the region and responded to the usual excellent questions from the audience.

The only additional comment for the record is this writer’s hope that our speaker’s advice is being listened to in the halls and offices of our government.