Feminism, Leadership and the Arts 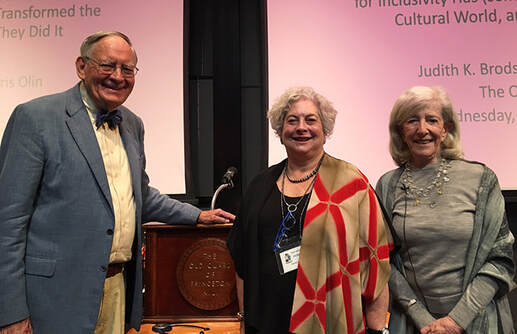 Minutes of the Fourth Meeting of the 78th Year

Scott McVey introduced the speakers: Judith Brodsky and Ferris Olin, both emeritae professors at Rutgers University. They spoke about their book, Junctures in Women’s Leadership: The Arts, and the research that went into writing it.
They were limited to 12 biographies, which they stretched to 13 (having started with hundreds). The finalists were a varied lot ranging across countries, cultures, races, and ages.

They began with Bertha Honore Palmer, who used her wealth and position in Chicago society to become the driving force in insuring women's visibility during the 1893 Worlds Columbian Exposition.

Also in the visual arts was Louise Rosenfield Noun, a scholar, curator, feminist, philanthropist, social activist, and self-described “troublemaker.” In 1960 she gave up her other activities to focus on her art collecting, eventually endowing a research center on Women's History at the University of Iowa.

In the performing arts, Julia Miles was horrified by the realization that less than 7% of the plays produced in the U.S. were by women playwrights. She founded the Women's Project Theater, which has produced over 600 fully developed plays and experimental projects.

These women leaders also included Native Americans and women of color who have been so underrepresented in our culture. Jaune Quick-to-See Smith is a member of the Confederated Salish and Kootenai Nations. Through forming collaboratives with other indigenous artists, she was able to bring First Nation artists to the attention of the mainstream. And Jawole Willa Jo Zoliar founded the dance company Urban Bush Women, an all female, all African American company.

To address the underrepresentation of women artists, Bernice Steinbaum opened a gallery that would feature only women artists. She mentored many women, some of whom became leaders in their own right. Anne d'Harnoncourt became director of the Philadelphia Museum where she made many groundbreaking changes and brought the museum back from decline.

Art can also be a tool for social activism. Kim Berman founded the Artist Proof Studio in South Africa. The papermaking project that she launched taught rural women how to make paper and allowed poor women to become economically self-sustaining. The youngest women in the book, Veomanee Douangdala and Joanne Smith, founded a weaving concern in Laos that empowers women economically and socially while preserving Lao textile traditions.

So, what have all these wonderful women achieved? Judy and Ferris think it is a decidedly mixed bag. In the visual arts, the Museum of Modern Art (MoMA) is rehanging its collection to include women artists and artists of color beside their male counterparts. There are now more women than men heading museums in the U.S. But in the performing arts, equality still lags, and women only represent 25% of the plays produced nationwide, though that number is up from 7%. Hollywood remains a disaster in terms of gender and race. The struggle definitely goes on.

The women in this book are a wildly diverse group, but in many cases they had astonishingly similar values. They believed in education, they believed that art could change lives, and they were inspired by ideals. Ferris and Judy propose that we could make a new paradigm for leadership that includes empathy, self-awareness, relationship skills, and independence; that of women who lead from principles of social justice, equality, and respect for all in exercising their power. 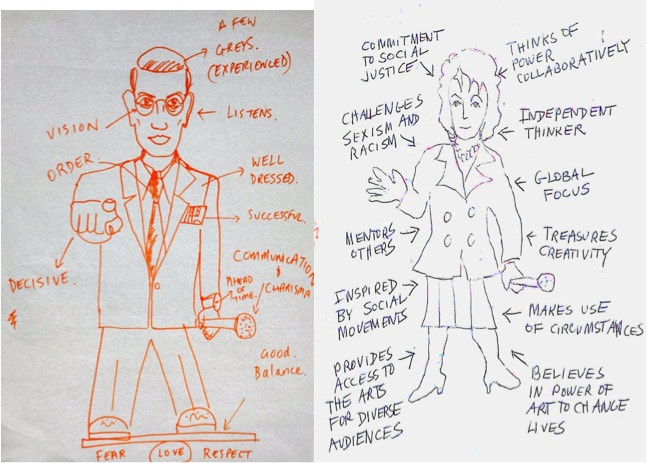