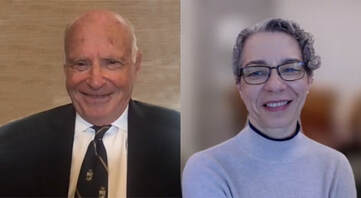 Minutes of the Tenth Meeting of the 80th Year

Stephen Schreiber opened the meeting to the 127 members and guests on Zoom. He announced the deaths of George Cody and Elizabeth Fillo and asked for a moment of silence. Keith Wheelock read the minutes from last week and Henry Von Kohorn introduced Michele Minter, the Vice Provost of Institutional Equity and Diversity at Princeton University who spoke on “Diversity, Equity and Student Activism on Today’s Campuses.”

Ms. Minter started her talk on diversity and equity with, “We’re in the hot seat these days.”  Her goal, to think deeply about how Princeton best attracts and welcomes a diverse community, hits a lot of hot buttons today. Inclusiveness, equity, diversity—-these are words often in the headlines today, especially on social media where they are often distorted. But her central theme was to show us how Princeton University is taking a leadership role in thinking out these issues and their implications for the future.

One of the reasons college campuses are such hotbeds of activism harkens back to 1962 when James Meredith tried to enter the University of Mississippi. He did so because it was seen as the best path to equality and opportunity. Acceptance to an institution of higher learning, especially one as highly sought after as Princeton, continues to be seen as a path to equality, higher wages, more prestige. Activism around college admissions is particularly prevalent among younger students; today 43% of our population is people of color and 53% of that population is under 18.

Ms. Minter then gave us a sense of what happened at Princeton from 2013- 2020 to address equality and inclusion at Princeton. After the murder of George Floyd, the university began a new chapter in racial equity. The controversial change of name from the Woodrow Wilson School to the School of Public and Internationals Affairs is an example of this renewed focus on racial justice. At the same time the university began a series of internal initiatives to bring more equity into the workings of the university.  One example? Princeton for years gave free tuition to any staff or faculty member whose children attended a four-year college. In this new climate, Princeton came to terms with the fact that the faculty is significantly less diverse than the staff and that to be equitable the university needed to cover tuition to two-year community colleges as well.

At the end, Ms. Minter stressed that the university must be a truth-seeking enterprise. It must value facts while recognizing that lived experiences may hold different truths. The university must balance transparency and discretion and define its values carefully and proactively; it must act with humility; it must expect the someone will always be displeased; it must balance free speech with a sense of belonging.

She ended her thoughtful talk with the words of President Eisgruber which are prominently displayed on the website of the university.

“Right now, everybody insists on dividing free speech and inclusivity from one another.  They insist on a version of the free-speech ideal that is just about unconstrained expression. But we are not here just to have unfettered expression. We are part of a truth-seeking enterprise. We try to make a difference in the world by, among other things, distinguishing better and worse arguments. We should not want people talking at one another, hurling insults, and never learning a thing. That would be fully consistent with the demands of free speech, but it would not do anything in terms of what this university seeks to achieve.  We need people communicating in ways that respect each other and learn from one another across differences, both of opinion and background.”

Ms. Minter answered a spirited round of questions with tact and great thoughtfulness.