The Civil War and the Transition to Science-Based Medicine 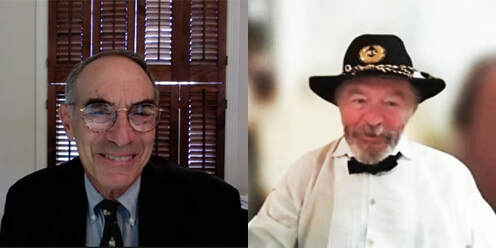 Minutes of the 11th Meeting of the 80th Year

​The meeting was called to order by President Stephen Schreiber at approximately 10:15 AM. There will be no meeting next Wednesday, as Thanksgiving is the following day. President Schreiber encouraged members to sign up for the lunch party at Springdale Golf Club on Tuesday, December 7th. Attendance was 143. The following guests were welcomed: Florence Kahn, guest of Ruth Miller; Max Salas, guest of Tony Glockler; Frances Slade, guest of Patricia Butcher; Bob Stengel, guest of Bernie Miller; Ross Lewin, guest of Deborah Poritz; Alison Hankinson, guest of Richard Hankinson. The first four are applicants for membership and will voted on at the December 8th meeting.  Ann Selzer read the minutes for the last meeting.

The speaker, Doctor Randall Krakauer, Professor of Medicine at Seton Hall University, and a member of the Rutgers Institute for Health Policy, was introduced by Dan Shapiro. His talk was entitled “The Civil War and the Transition to Science-Based Medicine.”

Doctor Krakauer presented himself as his alter ego, appropriately clad as the Civil War Doctor Jonathan Letterman, head of medical services for the Union Army.

Medical knowledge at that the time of the Civil War was primitive; Galen’s notion of miasmas as a cause of disease was widespread. Sickness represented a “dyscrasia” resulting from an imbalance of the four humors: black bile, yellow bile, phlegm, and blood. There were no established standards of medical education, and many individuals simply announced that they were doctors after a brief apprenticeship. Effective medicines were few, while ineffective and often dangerous practices such as bleeding and purging were accepted treatment. Two-thirds of all deaths during the war were due to infectious diseases, some the result of wound infections, many due to contagious diseases such as dysentery, typhoid, and malaria. At times almost half the army was sick and disabled.

Letterman’s many improvements in care became known as Letterman’s rules.
He required that doctors demonstrate a modicum of training and experience and pass a series of exams. Bleeding, purging, chamomile poultices, arsenic, and sweating as therapeutic modalities were discontinued.

He insisted that fresh fruit and vegetables be in every diet; traditional preserved foods did not prevent widespread scurvy among the troops. He established the idea of patient triage. Dedicated ambulances transported casualties promptly from the battlefield to field hospitals for acute care and later to base hospitals.

It was thought that infections such as erysipelas and gangrene were spread by some sort of miasma, so hospitals were built on open hilltop areas where there was plenty of air circulation. Latrines were kept well separate from that water supply.

It was soon learned that prompt amputation of an injured limb, was essential; delay resulted in gangrene, and the rapid demise of the patient. The so-called “sawbones” would perform an amputation every fifteen minutes for up to thirty hours; speediness, the measure of his skill. Some 60,000 amputations were performed, and an estimated 45,000 lives thus saved.

Another important innovation was Letterman’s insistence on careful record keeping, which provided a basis for the study of the statistics and epidemiology of disease. One of the first clinical trials in history concerned the effectiveness of various modalities in the treatment of infected wounds. A seven-volume record, Medical and Surgical History of the War of the Rebellion, is on display in the National Museum of Civil War Medicine in Frederick, Maryland, along with the amputated leg of General Dan Sickles, who was wounded at Gettysburg.

Letterman is now considered the father of military and emergency medicine. His well-trained military physicians returned to their communities to set a new, higher standard for medical education and civilian care. Modern Community Emergency Response Plans are based on his ideas.

At the conclusion of Dr Krakauer’s talk many questions were raised and answered, and the meeting adjourned at 11:30 AM.