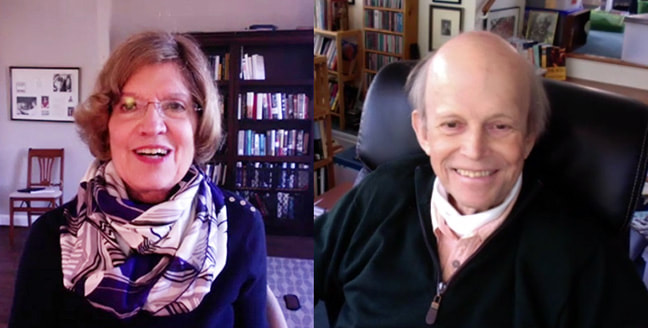 Lanny Jones introduced our speaker, Lynne Olson, who regaled the Old Guard with highlights from her latest book, Madame Fourcade’s Secret War, a saga of war-time derring-do, featuring a somewhat improbable heroine of singular appeal. As noted by Lanny and elaborated by Olson, after ten years as a foreign journalist and White House correspondent, she tired of daily deadlines, and turned to writing histories. Olson has since authored eight books, most of them centered on unexplored, behind the scenes aspects of World War II diplomacy and politics. She looks for compelling, human stories of unsung heroes, people of courage and conscience who have impacted the course of events but have fallen through the cracks of our historic recollections.

Olson introduced us to Madame Marie-Madeleine Fourcade, a formidable woman, one of great import, who is literally and figuratively intriguing. Marie-Madeleine, in Olson’s telling, was everything one could hope for in a heroine: beautiful, elegant, independent, resourceful, with a penchant for risk taking. She was a mere 31 when, in early 1941, she took over the leadership of what she grew into the largest, and most long-lived, resistance intelligence network in France. Called Alliance, this network was more picturesquely dubbed by the Gestapo as “Noah’s Ark,” due to its use of animal names as the aliases for its agents. The male members typically appropriated for themselves the more potent predators. Marie Madeline chose Hedgehog as her more unassuming, nom de guerre—perhaps a nod to Louis Carroll’s croquet balls.

As la patronne of Alliance, Marie-Madeleine commanded more than 3,000 agents throughout the course of the war, with networks in virtually every French seaport and town of import. Against all odds, she and her organization survived from the fall of France in June 1940 through V-E day in May 1945. Olson asks how the daughter of an executive in the French Maritime Service, could emerge, in retrospect, as “the greatest wartime spymaster in Europe,” a stark contrast to the typical, tradition-bound women of her haute-bourgeois class. This was patriarchal France, in which females did not win the right to vote until after the war. She finds the answer, in part, in Marie-Madeleine’s childhood, spent in then exotic Shanghai, which Olson speculates nurtured her innate proclivity for adventure and the unconventional. In her mid-twenties, with two children in tow, she abandoned life as the dutiful wife of an army officer in Morocco for Paris, where she bought an airplane, raced in car rallies, and most shocking of all for a woman of her chic, social standing, took a nine-to-five job. It was over drinks in her sister’s elegant Paris apartment that a family acquaintance enlisted her in intelligence work.

Throughout the war, the Alliance network accomplished a series of espionage coups that arguably altered the trajectory of the conflict. Early in the conflict, the network’s intelligence on German submarine bases and on the deployments of German U-boats, helped turn the tide in the Battle of the Atlantic. Secret intelligence on German V-1 and V-2 rocket development helped prompt the successful British air raid on Peenemünde, which in turn delayed the launching of this fearsome rocketry for a critical eight months until after the D-Day invasion had succeeded. A 55-foot long map provided General Eisenhower and his staff the most detailed intelligence that they received on German fortifications and troop deployments near the targeted beachheads in Normandy.

Over the course of the war, Marie-Madeleine had to reconstitute her network several times, as wave upon wave of Gestapo round-ups resulted in the execution of about 500 of her agents and scores from the concentration camps. Léon Faye, a dashing Air Force officer who was her deputy-in-command, her lover, and father of her third child, was one of those who disappeared.

Marie-Madeline escaped Nazi capture on two occasions—the second time in quite cinematic fashion, before the Gestapo realized that they had the Hedgehog in their clutches. She escaped by extruding herself, sweaty and naked, through the bars of her jail cell window with her dress clutched in her teeth.

Olson ventured several explanations for the reason Madame Fourcade was overlooked by the chroniclers of the war and in France’s honoring of its own heroes. First, guerilla-style saboteurs that spirited downed allied pilots on escape lines to safety and espionage networks such as Alliance were less romantic than the saboteurs and the escape-route ushers in the popular recollection--even though their actual deeds contributed far less to the outcome of the war. Second, the Gaullists and the French Communist Party controlled the post-war narrative in France, and Marie-Madeleine had maintained neutrality between the quarreling Free French factions. Third, and perhaps most tellingly, was simply her gender. Exhibit A in this indictment: De Gaulle maintained a Compagnons de la Libération, an honor roll of those deemed heroes of France’s war-time struggle. Of the 1,038 celebrated, only six were women, each the associate of a devoted Gaullist with a Y-chromosome. Marie-Madeleine was omitted, despite the inclusion of three of her subordinate male agents. Only upon her death in 1989 did she receive belated recognition, when she became the first woman to be honored by a state funeral in Les Invalides, the burial place of Napoleon, among others, and the main monument to the military heroes of La République.

In conclusion, in Madame Marie-Madeleine Fourcade, Olson gave us a real-life heroine worthy of the fictional imaginings of an Alan Furst or a John le Carré. She was a woman who, her nefarious and relentless pursuers in the Gestapo no doubt had to concede, gave an altogether new spin to the venerable French adage, “Cherchez la femme.”