November 8, 2017
​
Unexpected Roles for Proteins in the Nervous System ​in Health and Disease 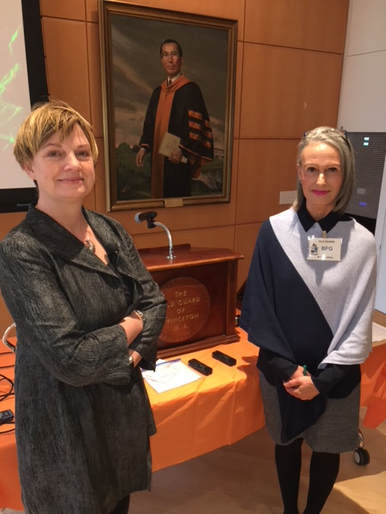 Lisa Boulanger and B F Graham

Minutes of the Ninth Meeting of the 76th Year

The meeting was attended by 115 people.

B F Graham introduced our speaker.

Dr. Boulanger received her doctorate from the University of California, San Diego, and did postdoctoral work at the Harvard Medical School. She is the recipient of numerous awards for her work and has been featured on National Public Radio.

Dr. Boulanger started by saying that her work focuses on how we think, feel, learn and remember. She presented a brief history of brain studies starting in ancient times when the heart and not the brain was thought to be the seat of human thinking. Hippocrates and Galen thought that the brain was in charge of thinking and emotion but that it functioned to remove heat from the body, as a kind of radiator.

That is the focus of research in Dr. Boulanger’s lab.

The immune system functions differently in the brain than in the rest of the body; the brain is immune privileged. In the last few decades, it has been learned that the immune system is critical for the health of both the developing, adult and the aging brain. Not only is the immune system present to fight infection but it is part of the normal process of building the brain and having it function. Pleiotropy is the use of a single tool which produces more than one effect.

We have learned recently that the human brain is massively overbuilt. There are twice as many connections and an excessive number of neurons. We overbuild and then pick and choose the right ones. How do we know the right connections to cut?

The question is which machines are used by electricity to make this happen. The substance present when things went normally and absent when things went abnormally was MHC. MHC or major histocompatibility complex is present in all cells in the body except red blood cells; MHC is used for immune surveillance. Thousands of different forms of gene peptides produce three classical MHCs -- A, B and C.

There are have been a few nonclassical MHCs discovered in humans as well. It was once believed that none of the peptide proteins were present in the brain, but it has now been shown that those proteins are hiding in the synapses or neuromuscular connections. These proteins turn on and off in the brain. What are they doing there? It must be that they are there to do more than fight infection.

The first thing that was found was that mice that lacked those MHCs had abnormal brain wiring. Now it is known that many other brain abnormalities are related to the lack of MHCs. The immune system has profound effects in the brain. For example, MHC-deficient mice act as if they have no memory.

How do immune genes affect cognition and learning? We are just at the start of learning what MHCs do. We are just starting to find additional MHCs in different parts of the brain, and we do not yet know what many of them do. We have gone from believing that there are no MHCs in the brain to finding that certain MHCs are made only in the brain.

It has taken 30 years to realize that these MHCs produced peptides that protect us against viruses. Also, they determine how many connections you have in the brain and how strong they are. They are important in iron trafficking in the body as well as the proteins that affect insulin receptor function and inflammation. We don’t know if these gene functions originate in the brain or elsewhere in the body.

What diseases are related to immune-brain functions? We first thought that the brain was protected against autoimmune problems, but we now know that T cells of the immune system get across the blood brain barrier. If MHCs are abnormal you may see abnormal neurological function as well as immune dysfunction.

It turns out that there are a large number of diseases with both neurological and immunological components. Such diseases as multiple sclerosis and myasthenia gravis are understood to represent autoimmune attacks on the nervous system. Other diseases are less well understood. Schizophrenia is linked to human HLA, which is the human MHC. These patients do not appear to have an autoimmune disorder with inflammatory problems but the disease may be related to a genetic defect in a receptor gene.

What about nongenetic disorders? The levels and locations of MHCs are very responsive to environmental stimuli. MHCs are increased locally at sites of infection. If a pregnant woman gets a viral infection, it affects the MHC level in the fetal brain in the very early stages of neural development, which could lead to underdevelopment of the fetal brain.

In a study of stroke in mice it has been shown that MHC-deficient mice do better and heal more rapidly following a stroke than mice with normal MHC levels. Recently a peptide has been synthesized in Dr. Boulanger’s lab that will block MHC and protect neurons from deprivation of glucose and lack of oxygen in a dish. Living animal models are the next step in studying that phenomenon.

Aging in most of the body leads to immuno-senescence, leading to an increase in susceptibility to infections. Just the opposite occurs in the brain. The MHC levels double at the neuromuscular junctions in aged mice. If the MHC levels are blocked in mice, aging is delayed, memory is protected and muscles retain youthful innervation. Human blood and spinal fluid levels of MHC components have been shown to increase with age. There are available medications that can block MHC in humans, which sounds great, but we need MHC to fight infections. Can we find new drugs that target certain immune functions but leave the brain functions alone?

A question and answer session followed Professor Boulanger’s
presentation with questions on the retina and visual system of the eye, schizophrenia, dyslexia, the microbiome, math and neuroscience, and the use of vaccines in pregnant women. 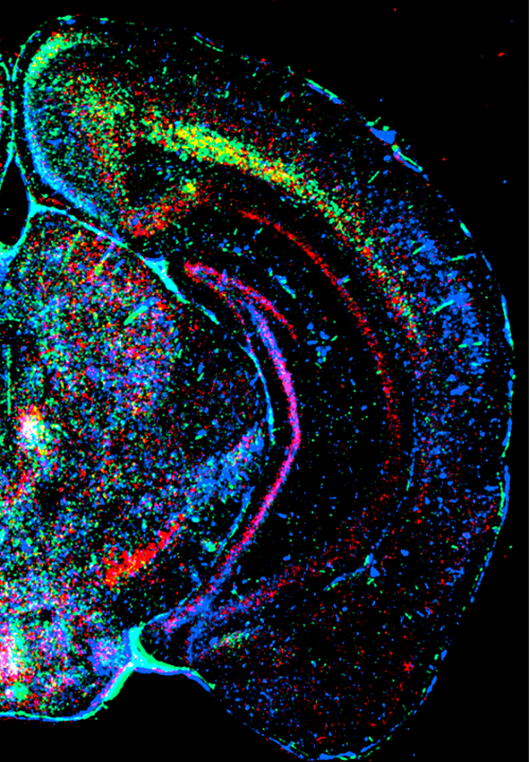