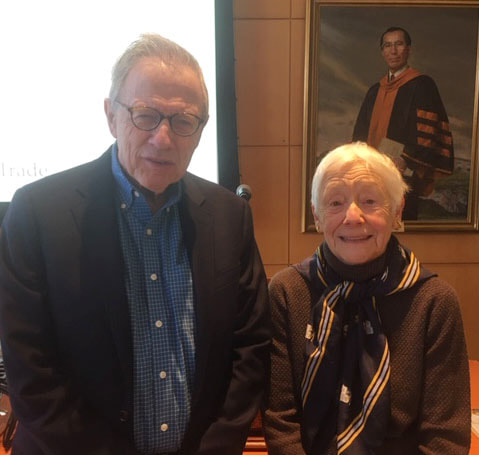 Minutes of the 20th Meeting of the 78th Year

President Julia Coale called the meeting in the Convocation Room of the Friend Center on the Princeton University campus to order at 10:15 a.m. Charlie Clark led the 120 persons present in singing the invocation. Roger Moseley read his minutes of the meeting on February 12.

Claire Jacobus introduced Paul Needham, Librarian of the Scheide Library, Bill Scheide’s 300 million dollar gift to Princeton University. He held positions at the Morgan and Huntington Libraries and Sotheby’s before coming to Princeton in 1998. The title of his talk was “Columbus Letters, Forged and Stolen.” He could have added “Detected and Returned.”

After Christopher Columbus sailed the ocean blue in 1492, in 1493 he sailed the deep blue sea and returned to Spain. He wrote a letter in Spanish to the Royal Finance Minister about his journey. He referred to visiting “the islands above the Ganges,” indicating his lack of understanding global geography. He thanked both King Ferdinand and Queen Isabella for their support of his exploration. A copy of the letter was sent to Rome where it was translated into Latin. (Our speaker referred the Vatican at that time as being an “outpost of the Spanish court”)

The Latin translation was soon in print and distributed all over Europe. There were two versions, the first mentioned only King Ferdinand while the second thanked both the king and queen. Named for the printer, these copies are referred to Plannck I and Plannck II.

The Columbus Letters are a good target for forgery and theft as the letter is only a book-sized four pages folded together and sometimes sewn into a volume of other documents.  A forged letter can replace an authentic copy and be unnoticed by the institution or just be stolen or torn from a volume and not be detected until the next time there’s an inventory. Most thefts are probably inside jobs rather than sloppy security.

Our speaker then outlined the various ways a fake copy can be detected or a real copy authenticated. One copy seemed okay until it was determined it was printed on paper with the wrong watermark. The edges of another matched the pattern left where it had been torn from a volume of letters. The defects in the paper used in a real copy matched the digital image taken by the library before it was stolen. Paper in the 15th century was far from uniform. Even the sewing marks where a letter was included in a bound volume can be unique identifiers.

During his talk, he mentioned the investigations he had participated in.

A Plannck II letter was returned to the Riccardiana Library in Florence, Italy to replace a photocopied forgery. The stolen letter had been donated to the Library of Congress.

A Plannck II in the Vatican Apostolic Library had been replaced with a forgery. The real document had been purchased by a private collector in Atlanta and it was returned to the Vatican.

A copy was torn from a book containing the letter and was returned to the Municipal Library in Fermo, Italy.

A letter was returned to the National Library of Catalonia in Barcelona. It had been taken from the library and replaced with a forgery.

A Plannck I was acquired by the Marciana National Library in Venice in 1875 and stolen between 1985 and 1988. The private owner returned it in 2020. It was purchased from a private dealer.

Mr. Needham noted that individual collectors were very cooperative with his investigations and thanked him for his work, while institutions dragged their heels and rarely said "thank you." The Vatican even claimed at first that a Columbus letter had never been in its collection.

If you’re interested in adding a copy of the Columbus letter to your collection of rare documents, there were two take-aways:Oh, and don’t forget to thank him!