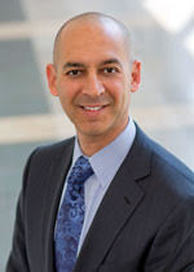 Jock McFarlane called the meeting to order at 10:15 a.m. He announced that a list of speakers and topics for the spring session had been sent to the members and was available after the meeting.  He said the fall program was being prepared and members’ recommendations. He reminded the attendees that the next meeting would be held on March 7, with Hospitality Time at 9:30. The speaker will be Emily Pronin an associate professor of psychology and public affairs who will speak on “I’m Right, You’re Biased: A Fundamental Illusion and the Problems It Causes.”

Roland Miller led the invocation for 110 members, and the minutes of the previous meeting were read by Roland Machold.

Dr. Michael Stiefel was introduced by Dr. John Cotton who highlighted Dr. Stiefel’s academic credentials and affiliations. He is a board certified neurosurgeon, and is director of the Capital Institute for Neurosciences and director of the Stroke and Cerebrovascular Center at Capital Health in Trenton and Hopewell.  He is a graduate of the State University of New York and earned his M.D. and Ph.D. from the Medical College of Virginia. His residencies in surgery and neurosurgery took place at the University of Pennsylvania, where he also served as a Groff Cerebrovascular Research and National Institutes of Health fellow.    He completed his training as an endovascular neurosurgery fellow at the Barrow Neurological Institute in Phoenix, Ariz. Before assuming his position at Capital Health, he served as chief of neurovascular surgery at Westchester Medical Center and as director of comprehensive cerebrovascular and endovascular neurosurgery at the University of Pennsylvania. He is a nationally recognized researcher in his field.

Dr. Stiefel expressed his appreciation to the Old Guard for inviting him and explained how he was delighted to be speaking at Princeton University and becoming a resident of the Princeton community.
He began his talk by explaining the prevalence of strokes:


Dr. Stiefel described the different types of stroke, including thrombotic strokes, embolic strokes and atherosclerosis. He then described the warning signs for stroke including transient ischemic attacks, or TIA’s, which he compared to chest pain.

He then proceeded to explain that 80 percent of strokes are preventable. Medical conditions such as atrial fibrillation, heart disease, high blood pressure and high cholesterol can be controlled by statins or baby aspirin or other drugs. Adopting healthy habits -- such as exercise, weight control, not smoking, consuming alcohol in moderation and controlling diabetes -- can prevent a stroke. Age risk and family history of stroke are not modifiable. Risk factors increase depending on race and ethnicity. African-Americans have twice the risk of stroke as they are more susceptible to high blood pressure, diabetes and obesity. Hispanics and Asian Pacific Islanders are also more susceptible to stroke. Other risk factors include previous strokes and TIA’s.

Dr. Stiefel outlined the warning signs and symptoms for a stroke. He showed a diagram called BEFAST which correlates to: balance, eyes, face, arm, speech and time to call 911. He said that ischemic stroke is sudden and time is of the essence. Sudden means that the event is like someone hitting you over the head with a frying pan. But he said stroke is treatable and new protocols have been developed since 2007, including intravenous IPA, endovascular therapy and combination therapy.
Dr. Stiefel described Capital Neuroscience as a state of the art facility with no comparable institution in the area. Accredited by the Joint Commission as a Comprehensive Stroke Center, staffed by neurosurgeons, stroke neurologists, neurointensivists, specially trained nurses and physician assistants, it includes a 26-bed neurointensive care unit, and a 12-bed stroke unit.
Dr. Stiefel  went on to explain the differences between acute stroke ready hospitals, primary stroke centers and comprehensive stroke centers. Each is appropriate depending on the diagnosis.

Dr. Stiefel then described Capital’s Mobile Stroke Unit, which was parked outside for a visit after the meeting. The unit, one of only six in the country, is a specialized ambulance/intensive-care unit equipped to quickly diagnose and treat patients having a stroke. It includes a CT scanner, lab testing equipment and the ability to administer tPA, a clot-busting drug. The portable scanner can send images to the hospital within two minutes.

Dr. Stiefel further described tPA as “Drano for the brain”
But he said it doesn’t work as well for major strokes such as acute ischemic strokes, which occur in 24 out of 100,000 people a year. He described himself as a plumber for the brain.
Dr. Stiefel continued his talk with a description of the advanced techniques and equipment used to remove blood clots from the brain. Calling it a chaotic ballet, he emphasized that “Time Is Brain” and described state of the art procedures that could take no longer than 40 to 50 minutes to complete. Slides demonstrating those techniques and several specific cases he had treated were shown to the audience.

He also said that research continues and standards of care promulgated by the American Hospital Association were updated as recently as last January.  The new guidelines include triage protocols and  are intended to address those patients who will receive maximum benefits.

Dr. Stiefel concluded  his remarks and then answered several questions:

How does EMS know to come?

Call 911. The paramedics calibrate a r which is communicated to a physician.

How does EMS know where to go?

The paramedic does a preliminary score of the patient to determine which hospital is most appropriate for care.
(Dr. Stiefel explained that EMS service is provided by the county. EMS cannot cross county lines. Thus, he described what was happening in Mercer County.)

How many vehicles does Capital Health have?

Can anything go wrong when using a "basket" device to pull out clots?

Ten percent of the time a clot could break loose. We have special catheters hooked up to a vacuum which enables us to chase small loose clots.

What is the reimbursement for treatment in the Mobile Stroke Unit?

Medicare covers treatment, which in the case of tPA treatment costs $6,500.