A Conversation
With Jennifer Koh and Marna Seltzer

The Violinist Jennifer Koh,
Musical America’s 2016 Instrumentalist of the Year 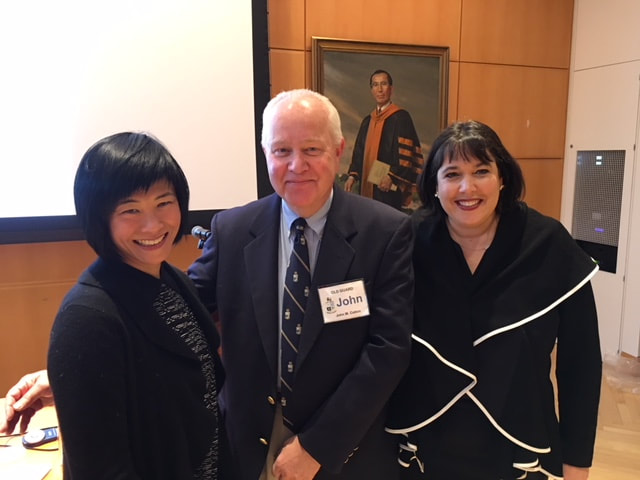 President Jock McFarlane presided, and Joan Fleming led the invocation for the 102 members in attendance. President McFarlane thanked the Hospitality Committee for its Valentine’s Day display of enticing refreshments. Diana Crane read minutes of the last meeting, “The Russian Revolution and Its Impact on the World.”

He noted that Marna Seltzer’s career included serving as personal manager to Itzahk Perlman; chamber music series coordinator at Lincoln Center; and director of the University of Chicago’s concerts series, before her current appointment as director of Princeton University Concerts in 2010.

Jennifer Koh began studying violin as a very young child, but she quickly exhibited amazing talent and made her debut at age 11, performing with the Chicago Symphony Orchestra. She went on to win the Tchaikovsky Prize in Moscow (1994),
but chose to interrupt her musical career in order to earn a degree in English literature at Oberlin.  Subsequently she became an outspoken advocate of music education for children, a unique performer and collaborator, and in 2016 she was named Instrumentalist of the Year.

Ms. Seltzer opened the conversation by addressing the question, What makes Jennifer Koh unique? What we learned from her, Ms. Koh later illustrated and expanded:

--Ms. Koh has always made and followed her own path, never satisfied with the “standard operating procedure” of her profession.  Having mastered the entire standard violin repertoire before she was out of her teens, and when her career was already launched on a trajectory that would place her in the top echelon of virtuosi, she chose to study English literature for four years, in a move that for most aspirant professionals would have doomed their career.

--Always independent, Ms. Koh said she thought constantly about how music can engage the contemporary world, and to this end she commissions and collaborates with composers, exploring themes both deeply personal and universal.  A full partner in the compositional process, she has already commissioned more than 50 new works.

--As a fearless thinker and creator, a teacher and collaborator, Ms. Seltzer said with feeling that Ms. Koh is a “breath of fresh air” for a concert presenter like herself.

Ms. Koh explained that she became a violinist “by accident” because her local Suzuki program had no more spots for cello or piano students.  After her four years at Oberlin, she studied violin performance at Curtis.

Her current project, “Limitless,” is much on her mind.  In it she aims to convey her distress at the United States “rhetoric” of the last two years, exposing its increasingly racist and sexist character.  Ms. Koh said she is “exhausted” from participating in protests everywhere and now seeks to focus on music as a catalyst for societal change as she tries to “build the world I want to live in,” one in which those rarely heard from are given voice through music.

Prompted by her own experience as a child of Korean immigrants who was born and raised entirely in the United States, she is engaged in another project that touches her deeply, “38th Parallel.”  In it she seeks to convey the reality that in spite of the Korean War, there was no sense of “othering” by either side, since all families on the peninsula were split by the war.  But the war’s long legacy has affected three generations of Koreans: her own (born in this country), as well as those who stayed in Korea, and those who, like her mother, had spent time in refugee camps before emigrating.  All had a sense of displacement.

This kind of awareness and sensitivity to the stifled and marginalized undergirds all Ms. Koh’s work: she wants music to serve not only minorities by inviting in new voices, women and people of color but also by encouraging new music to engage with masterworks of the past.  The program “Bach and Beyond” (a PUC125 recital this week) does just this.  In it, Bach’s Partita No. 2 in D minor with its extended Chaconne movement is the foundation of Missy Mazzoli’s “Dissolve O My Heart” (commissioned for Ms. Koh in 2007), and the inspiration for Luciano Berio’s “Sequenza,” which is based on the Chaconne itself.

Other fascinating questions raised by the dialogue included, “What is virtuosity?” and “Is classical music on the way out?” Another Koh project, “Shared Madness,” which entailed recruiting multiple composers (too few of them women, Ms. Koh mused), specifically addressed the issue of virtuosity.

“In Paganini’s time it was all about technique, but nowadays we all know the standard repertoire by the age of 14” (at which point Ms. Seltzer’s intervention, “Not all of us!” was welcomed with appreciative laughter).

“Today, the new virtuosity is all about subtlety of phrasing and shaping,” Ms. Koh said.

The question and answer period opened up many lines of inquiry:

Q. What makes your own violin special to you personally?
A. Its expressiveness makes us partners in making music.

Q. How did the study of English literature feed into your musical career?
A. It taught me how to identify viewpoint, structure, and how to support an argument as well as how to do research and appreciate the necessity of primary sources -- which for me means working with real live composers, not recordings!

This dialogue presentation was stimulating, provocative and immensely engaging.