Heroin and Hepatitis C:
A Major Problem for the USA and New Jersey 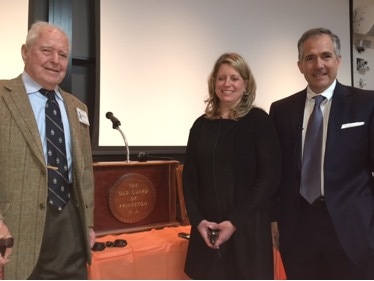 Minutes of the 23rd Meeting of the 75th Year

The discussion then turned to the epidemic of Hepatitis C which is directly related to heroin use. Ms. Seneca described six different Hepatitis C genotypes, all of which can be treated and cured by a single medication. Barriers to patient follow-up include high socioeconomic instability, transportation issues, legal involvement and insurance limitations. Both Ms. Seneca and Dr. Nahass emphasized the need to treat both the heroin addiction and Hepatitis C. Without adequate treatment of heroin addiction, Hepatitis C relapse rates will be high.  Pharmacologic counseling, family support and the use of community services are all very important. Dr. Nahass’s sense of frustration was apparent in relation to what he felt was very poor coordination among governmental health agencies.

Data and epidemiology of HIV/AIDS and Hepatitis C seem to be very similar. For that reason, Dr. Nahass felt that the successful management of HIV can be used as a model for Hepatitis C treatment.

The Q&A session illuminated the very high cost of Hepatitis C drug therapy, possibly exceeding $90,000 -- which may not be covered by insurance -- and the increased risk of liver cancer and cirrhosis in patients with chronic Hepatitis C.