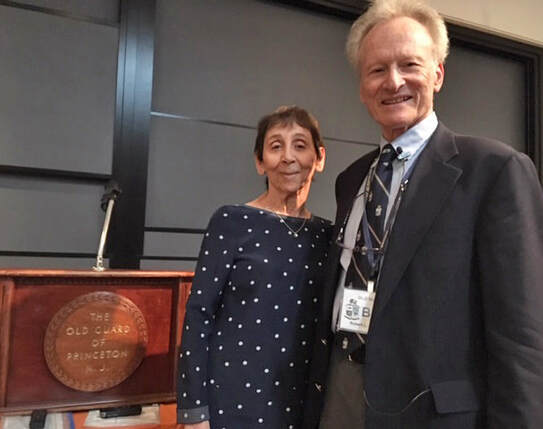 Minutes of the 27th Meeting of the 77th Year

Julie Coale presided over the meeting. Roland Miller led the singing of the invocation, and Jack McFarlane read the minutes of the preceding meeting. The meeting was attended by 112 members and five guests, including Anne Humes, Cecelia Mathews, and Mary Pickens, all wives of members in attendance, as well as Sara Doran, Dr. Pickens's daughter, and Bharat Mehta, guest of Mark Branon. The guests were introduced en masse by President Coale, in the interest of brevity. Ms. Coale also asked for volunteers to assist Dan van Kammen in the important work of the AV Committee. Marge D’Amico introduced Dr. Pickens, touching upon some of the highlights of his distinguished career as a urologic surgeon and as a widely recognized authority on the subject of biomedical ethics.

Dr. Pickens commenced his talk by stating his goal of not only educating the audience about the modern state of biomedical ethics but also empowering each of them to make meaningful, personal healthcare decisions that reflect not only their wishes as a patient (or a health care representative), but their values as a person, as well.

He set out to accomplish this goal by relating the stories of three young women, each of whom died in their 20's, during the last quarter of the 20th century. However, before telling their stories, Dr. Pickens undertook a brief review of the evolution of the field of biomedical ethics prior to their tragic deaths. In his review, he cited the Hippocratic Oath, first enunciated over two millennia ago, and recited by graduating medical students to this day, as providing the initial template for the physician's relationship with his patient. In 1803, Thomas Percival‘s Medical Ethics further solidified the role of the physician as one in possession of “virtuous character,“ this being the guarantor of the patient’s health and welfare. The promulgation of a Code of Medical Ethics by the American Medical Association in 1957 and a Patient’s Bill of Rights by the American Hospital Association in 1973 added needed nuance to the role of the physician in deciding what was best for the patient.

As these guidelines were being published, advances in technology expanded the physician’s role way beyond that of a simple hand holder and a source of comfort for the patient and their families. Prior to this, much of the care provided was in the patient’s home, by a physician who, often as not, was a neighbor, well known to the family, with similar religious and ethical values. As technology evolved, sick patients were increasingly admitted to hospitals, to be cared for by strangers, whose value systems were usually driven by the overriding goal of saving lives, sometimes at all costs, and often at odds with the values of the patients in their charge.

Against this background, in 1975, it was the landmark case of Karen Ann Quinlan that initiated the transformation in medical decision-making, which was the subject of Dr. Pickens’s talk. A sudden and devastating neurologic event, most likely alcohol and drug related, eventually left her in a “persistent vegetative state,” on a ventilator. When it was apparent that there was no hope for recovery, her family, devout Catholics, requested that she be taken off the ventilator. Her doctors refused to grant their request, and the case eventually wound up in the New Jersey State Supreme Court, where her right to refuse care, and the family’s right to act as her surrogate, were upheld. The ventilator was discontinued, and she lived for another nine years, never recovering from her coma.

Dr. Pickens then detailed the cases of Nancy Cruzan, a victim of an auto accident in Missouri in 1983, and Terri Schiavo, who became comatose in Florida in 1990, both of them entering a permanent vegetative state as a result of their illnesses. In both instances, their families’ requests that life-sustaining artificial nutritional support be discontinued were refused by the doctors caring for them, with the families’ wishes eventually being granted, but only after years of legal wrangling as well as extensive and tragic coverage in the local and national media.

As a result of the publicity associated with these three tragic deaths, all states now recognize the patient’s right to refuse treatment, and legislation such as New Jersey’s Advance Directives for Health Care Act have been enacted.